The Multiple Facets of Loneliness 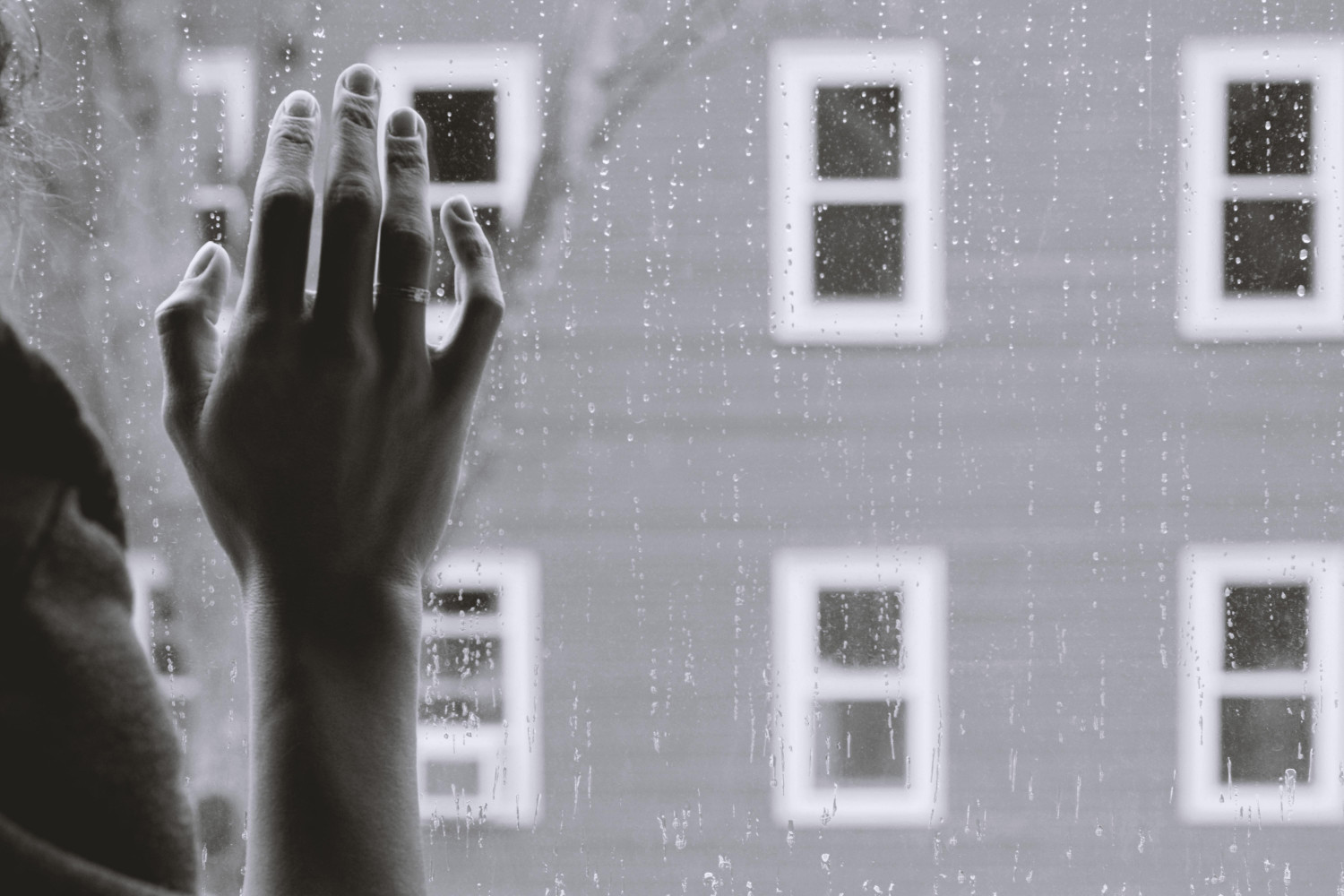 15 Oct The Multiple Facets of Loneliness

Posted at 07:15h in Insights by Jacques LeBlanc
Share

Thousands of years shaped human evolution through natural changes and the need to adapt to the environment. We also learned that cooperation with others offered the protection crucial to survival. Our reliance on other individuals has made us “ultra-social animals.” These interactions led to a more sophisticated, calculating and metabolically developed brain. Today, through brain imaging, we can measure the impact loneliness has on our neurophysiology. This article will discuss how gray matter volumes, intrinsic functional connectivity[1], and white matter tract integrity[2] show distinctive features in the “lonely brain” and how it may increase creativity.

In 2019, the World Health Organization declared loneliness a significant health concern. In many cities, 50% of people live alone. It is estimated to affect 10–20% of adults who lack companionship, consider themselves left out or isolated from others. Loneliness is mainly a subjective experience. The health burden of loneliness is pervasive. Lifespan research has long demonstrated that loneliness is associated with ageing outcomes, such as increased morbidity and overall mortality[3], and is closely related to diabetes, hypertension, cardiovascular disease and immune system dysfunction.

Other research found that social bonds stimulate the white blood cells whose core function is to destroy harmful bacteria and viruses. Socially active people have better physiological processes such as lower blood pressure, body mass index, and lower C-reactive protein levels – the latter being another molecular response to inflammation. This insight was evident in four age groups (adolescents, young adults, middle age, and old age) based on four large longitudinal American health databases. The investigators found that, in adolescence, lack of social engagement had as significant an effect on the risk of inflammation as lack of physical activity. In old age, lack of friends had a more considerable impact on the risk of hypertension than the usually cited clinical causes such as diabetes. Those with a lack of friends are susceptible to psychiatric disorders, cognitive decline and clinical dementia. In healthy older adults, the jury is still out on the neural structures and processes associated with loneliness. Once lonely, humans can become trapped in a downward psychological cycle that can be difficult to escape. This downward cycle might include  a skewed perception of negative cues and perceiving a social threat from others, or the expectation of being socially excluded by others.

Previous research showed that depressed people could reduce their risk of depression, if they join a social group such as a sports club, church, political party, hobby group, or charity.

With the development of new technology such as functional MRI and biomarkers of brain metabolism, we can now study areas of the brain and their function under different stress or stimulation. Loneliness may in part reflect differences in brain regions that are functionally involved in processing, expressing, and regulating emotionally and socially relevant information. Age-related increases in loneliness could link to age-related structural changes in brain regions related to cognitive processing, defining and regulating emotional and social stimuli relevant information. 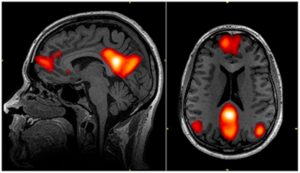 This pandemic has led to severe social, personal, and financial ramifications. Most of us are lonely, whether we live alone, working alone at home or have been surrounded by the same two or four people for nearly a year. Usually, in times of distress, crisis, or disaster, human resilience depends on the richness and strength of social connections and active engagement in groups and communities.  Never, have we experienced social isolation and losing family/friends on such a massive scale as we have in response to COVID-19. We must be resilient in our isolation for the greater good of the community: an immeasurable task. Feeling lonely and, worst, having lost a close family member/friend triggers a host of emotions.

While social distancing’s physical isolation can enhance feelings of loneliness, experts also caution that isolation and loneliness are not the same. “The experience of loneliness is 100 percent subjective,” said Jeremy Nobel of the Center for Primary Care at Harvard Medical School. “Isolation is the objective state of being physically separate. Loneliness is the self-perceived gap between our social connectedness and what we aspire to have. Older adults are also more vulnerable to social isolation and loneliness as they are functionally very dependent on family members or supports by community services.

Evidence of digital communication does not change the general pattern of our social interactions and often lacks the richness of fundamental face-to-face interactions. In addition,  many older adults may not be as familiar with these new technologies, and this style of exchange may not effectively serve their emotional needs.

By nature, we need to belong. Since the pandemic disrupted how we can satisfy this need, many people feel lost. Allowing ourselves to handle and express our emotions through creativity can be both healing and meaningful.  Interestingly, those who chose to keep to themselves are often  highly creative people. Virginia Woolf famously claimed her desire to be alone, instilled her with a sense of wisdom and creativity. So how do we channel our loneliness into creativity?

The dramatic and abrupt changes in routines and livelihoods heightened our emotional burden. The consequences were catastrophic, provoking generalized anxiety, depressed affect, insomnia, and fear worldwide. The pandemic also amplified systemic inequalities that led populations to grapple with uncomfortable truths. Grappling with anxiety and fear, people rallied to help others through creative expression and many have found that in isolation, creativity can blossom. Some with basic sewing skills started making homemade masks for healthcare workers. A few UPS employees took to dressing up as superheroes to bring some cheer into their customers. Residents in Italy took to singing from their balconies to maintain solidarity. Appreciation for frontlines workers took the form of applause, sirens, honking. It was an expression of gratitude from a distance, recorded and disseminated via social media to the world. Virtual learning and concerts increased accessibility regardless of status funding or time zones. Artists took to offering online classes to help at-home parents entertain their children. Small or large businesses CEO’S needed to adapt to ever-changing circumstances to keep their company afloat. Some professional chefs volunteered to cook and distribute meals to those in need. A high level of scientific creativity brought researchers worldwide to develop a vaccine in record time, paving the way for unique collaborations and partnerships to defeat a common enemy.

In 2013 the United Nations declared creativity a human right – the right to freedom of artistic expression and creation through individual or joint practice, to have access to and enjoy the arts, and to disseminate their expressions and creations. Perhaps this 2013 declaration offers direction for the 2019 World Health Organization’s declaration that loneliness is a significant health concern. Is there a correlation that in 2019 at the 74th session of the UN General Assembly, 2021 was declared the International Year of Creative Economy for Sustainable Development? Who would have imagined that 2021 would be the year of a worldwide pandemic?

The loneliness caused by the pandemic suggests that by engaging people and encouraging their interaction through artistic and cultural expression, actions in the field of culture can open a space in which individuals and groups can reflect upon their society, confront and modify their perception of one another, express their fears and grievances, and develop resilience.

We are social creatures. Social interplay and cooperation have fuelled the rapid ascent of human culture and civilization.  The expansion of loneliness in ageing people has accelerated in the past decade. The COVID-19 pandemic has added an unprecedented level of isolation and suffering. Despite this social and emotional chaos, people across all age groups and all levels of creative accomplishment and ability have attempted to respond to emerging challenges with a wide array of innovation and originality.

As we move forward, the ideal situation would allow us to have the best of both worlds—the connections we had lost and the new skills we have gained and use them to mitigate loneliness.  The pandemic will have shaped our future behaviour will remain unknown for the time being. Until then, we can choose to focus on our creative present, keeping somewhere in our minds all the potential ramifications of embracing our human right to creative expression and the resilience it nurtures.

[1] The grey matter is made up of neurons which process information and release new information through axon signaling found in the white matter. throughout the central nervous system enables control of movement, memory, and emotions.