The Complexity of Philanthropy

Home > Insights  > The Complexity of Philanthropy 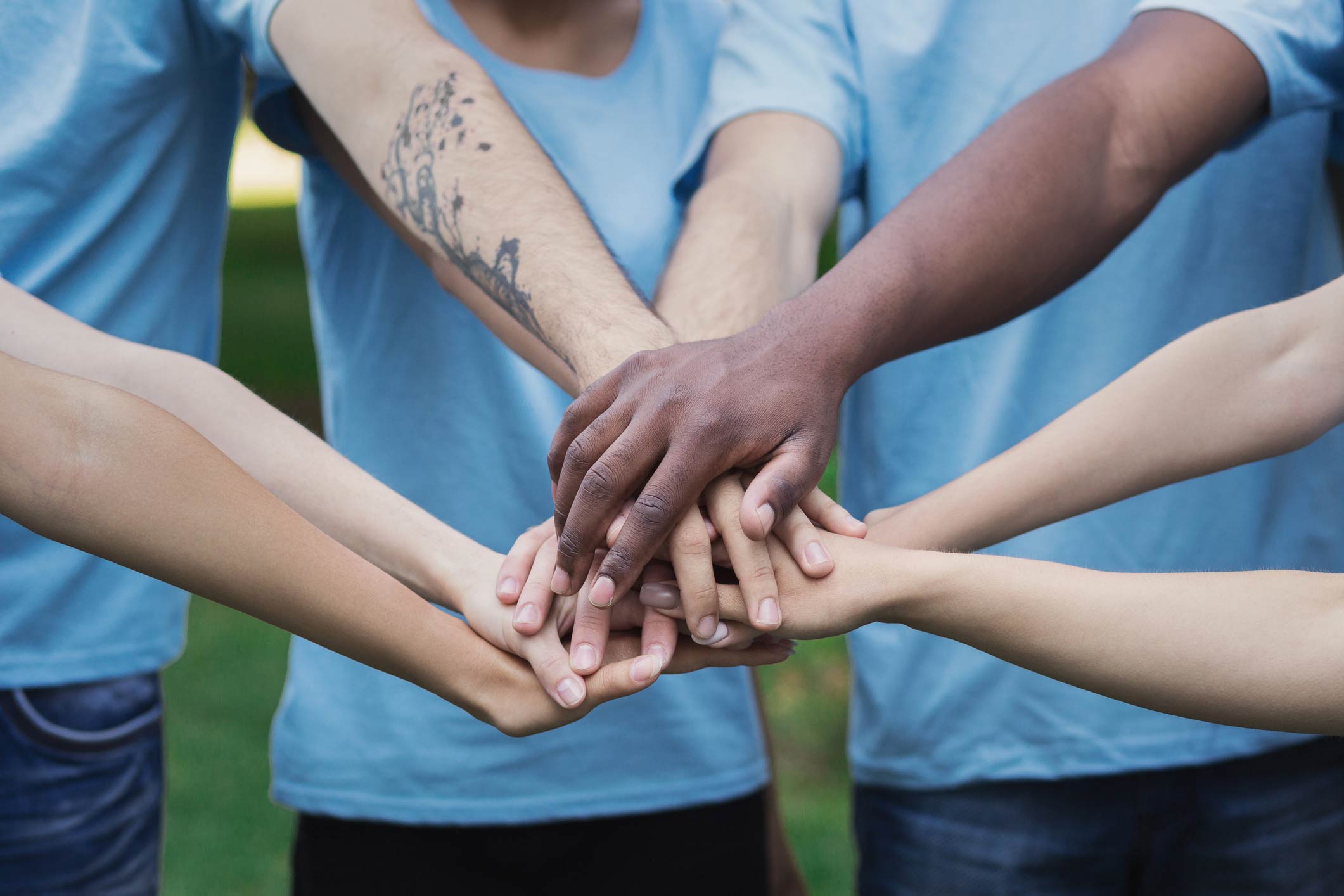 01 Dec The Complexity of Philanthropy

Posted at 09:25h in Insights, Resources by Jacques LeBlanc
Share

Philanthropy is thousands of years old. Like modern philanthropists, ancient people practiced philanthropy for different reasons. Some reasons were kindness and concern for the common good. Some people used philanthropy as a way to gain recognition, prestige, and power and others saw philanthropy as a way to gain the favor of the gods. References to philanthropy can be found in the Koran, Bible, Torah and in the teachings of many other religions and cultures, including Buddhism, Japanese and Native American cultures, and Hinduism. “Zakat,” or giving, is one of the five pillars of Islam that help people become closer to God (Islam-guide.com). According to the Bible, giving is a way to honor the sacredness of each individual, as in the book of Matthew,  and in the Jewish tradition, there are eight levels of charity. The highest level is helping someone to become self-sufficient, which is the definition of true philanthropy (Friedman).

For generations, religious beliefs have influenced the way people think about and participate in philanthropy. For people who are not religiously motivated to give, the religious belief systems of other people help to define what is considered “good” or “moral” in society.  Andrew Carnegie and John D. Rockefeller believed responsibility to the less fortunate came with wealth. They established foundations to manage their wealth during and after their lifetimes. They urged other very wealthy people to follow their example. This was a turning point in American philanthropy because it increased the number of foundations and led to the professionalism of philanthropy.

The Great Depression of the 1930s led to an increase in charity, as opposed to philanthropy. After World War II, one of the most important developments in philanthropy was the tax privilege granted to foundations. Under certain restrictions, their income became tax-exempt and contributions to foundations became tax deductible. Because income and estate taxes were so high, the idea of forming or contributing to foundations became very attractive to wealthy people. In order to prevent abuse of foundation assets, the revenue code specified foundations could lose their tax-exempt status if financial statements showed the purpose of their existence was to accumulate wealth or income was being diverted back to the donor.

In the 1950s, philanthropic activity became the subject of suspicion and paranoia. Members of the public and the government feared some philanthropists and foundations could be using their resources to fund “anti-American,” pro-socialist activities. The 1960s and 1970s were a time of increased public-private partnership. The public no longer trusted the government’s ability to solve social problems. People began to look to private organizations and philanthropy to solve these problems. The 1960s were also a time of increased accountability for philanthropy. The Internal Revenue Service expanded its auditing of foundations and other tax-exempt organizations to prevent and discourage abuses. The Tax Reform Act of 1969 required foundations use at least six percent of their income for philanthropic purposes each year.

In 1973, the Commission on Private Philanthropy and Public Needs was founded to analyze the non-profit sector and its importance to government, the public and private enterprise. The commission found the non-profit sector is a major part of the American economy (Bremner 1988). In the early 1980s, federal expenditures were cut on social welfare programs. While these cuts were taking place, a recession led to increasing homelessness and unemployment problems. Non-profit organizations were expected to care for needy people in place of the government, but their budgets had also been cut. The government hoped that private giving would make up for these cuts..

Traditional philanthropy can be distinguished by how it serves society, is usually short-term, where organisations obtain resources for causes through fund-raising. The Rockefeller Foundation and the Ford Foundation are examples of such; they focus more on the financial contributions to social causes and less on the actual actions and processes of benevolence.

Philanthro-capitalism is a new term and differs from traditional philanthropy in how it operates. Traditional philanthropy is about charity, mercy, and selfless devotion improving recipients’ wellbeing.  Philanthro-capitalism, is philanthropy transformed by business and the market,  where profit-oriented business models are designed to work for the good of humanity.  They help develop and deliver curricula in college and university education, boost the support of humanity issues such as vaccines in the developing world, strengthen their own businesses and improve the job prospects of people.  Firms improve social outcomes, but while they do so, they also benefit themselves. The rise of philanthro-capitalism can be attributed to global capitalism.  Therefore, philanthropy has been seen as a tool to sustain economic growth and the firm’s own growth, based on human capital theory.

The Capitalistic Side of Philanthropy:

Philanthropy in the world has done and is still doing amazing work, supporting  amazing causes and help millions of people. But there is also another side of philanthropy that not many people want to talk about or bring to the front page, as it is, after all, a small proportion of all the philanthropy  world. Using state and federal records, the Times and CIR identified nearly 6,000 charities that have chosen to pay for-profit companies to raise their donations.

These non-profits adopt popular causes or mimic well-known charity names that fool donors. CNN, Anderson Cooper and Drew Griffin, have presented an investigation on the charity organization world. charities have lied to donors about where their money goes, taken multiple salaries, their fundraising and their use of the fund-raised money. It is a concerning report. The complexity of the laws and regulations around a charity organization and the multiple loop-holes in the tax system has allowed many charities to avoid scrutiny. This opinion paper  is not about describing for profit versus non-profit charitable organization,  tax-exempt business charity, private foundation (independent or not), and much more. It is vastly too complex.

The Other Side of Philanthropy:

Many charities have lied to donors about where the money goes,  paid themselves consulting fees or arranged fund-raising contracts with friends. One cancer charity paid a medical company owned by the president’s son its biggest research grant amounting to millions of dollar over 8 years.

Some non-profits are little more than fronts for fund-raising companies, which bankroll their start-up costs, lock them into exclusive contracts at exorbitant rates and even drive the charities into debt. Florida-based Project Cure has raised more than $65 million since 1998, but every -year has wound up owing its fundraiser more than what was raised. According to its latest financial filing, the non-profit is $3 million in debt. How can they account for this debt? To disguise the meager amount of money that reaches those in need, charities use accounting tricks and inflate the value of donated dollar and their merchandise that they give to dying cancer patients and homeless veterans.

The Tennessee charity, has been around for 30 years. Over the past decade it has raised nearly $30 million from donors by promising to educate children about drug abuse, health and fitness. About 80% of what’s donated each year goes directly to solicitation companies. Most of what’s left pays for one thing: scuba-diving videos starring the charity’s founder and president, Rick Bowen.

Bowen’s charity pays his own for-profit production company about $200,000 a year to make the videos. Then the charity pays to air Rick Bowen Deep-Sea Diving on a local Knoxville station. The program makes no mention of Youth Development Fund. In its IRS tax filings, the charity reports that its programming reaches “an estimated audience of 1.3 million. But, according to the station manager, the show attracts about 3,600 viewers a week.

The nation’s charities are large and small. Some are one-person outfits operating from run-down apartments. Others claim hundreds of employees and a half-dozen locations around the country. One lists a UPS mail box as its headquarters address. Several play off the names of well-known organizations, confusing donors. Among those on the Times/CIR list are Kids Wish Network, Children’s Wish Foundation International and Wishing Well Foundation. All of the names sound like the original, Make-A-Wish, which does not hire professional telemarketers. Make-A-Wish officials say they’ve spent years fielding complaints from people who were solicited by sound-a-like charities.

Every charity has salary, overhead and fund-raising costs. But several watchdog organizations say charities should spend no more than 35% of the money they raise on fund-raising expenses. Doug White is a long-time leader in the nation’s philanthropic community,  author, teacher, and an advisor to non-profit organizations and philanthropists, and is one of these knowledgeable person about philanthropy, the good and the less good aspect of it.  He taught board governance, ethics and fundraising. He is also the former academic director of New York University’s Heyman Center for Philanthropy and Fundraising. He published several books: Wounded Charity in 2019, Abusing Donor Intent in 2014, The Non-Profit Challenge: Integrating Ethics into the Purpose and Promise of Our nation’s Charities in 2010, Charity on Trial: What You Need to Know Before You Give in 2007, and The Art of Planned Giving: Understanding Donors and the Culture of Giving in 1996.

As an example, the Make-A-Wish Foundation of Central and North Florida is one of dozens of Make-A-Wish chapters across the country.

Dr. Samantha Nutt is an award-winning humanitarian and acclaimed public speaker. She has worked in many of the worst violent areas with the United Nations and other NGO’s. She has also written extensively on humanitarian issues. She is assistant professor at the University of Toronto. She has seen in the field the inappropriateness of donations. Dr. Samantha Hunt in her extended international work and care has been withnessing many of these inappropriate donations.

One aspect of charity/philanthropy is to donate goods without really assessing the needs of the people to whom the goods are intended to. Passing surplus product along to charities has become a popular approach to donation. Where tax regulations allow, corporations receive a charitable receipt for the retail value of the donated good. This is much more advantageous to corporations than selling the same product for less than the cost of manufacturing and the added bonus is to be viewed as a good citizen, even if the product was made in China for a smaller cost, but repackage in USA. But these shipments may be held in customs, some shipments may be diverted and sold by local vendors. That is why large and reputable NGO’s work really hard to procure most of their supplies locally, one to boost the industry, two to employ people and there because it is less expensive. Donated goods may make donors/corporations feel good but it does provide tax incentives and savings.

Philanthropy has played a very important role in American society and still is. The people directly benefit from philanthropy by the use of libraries, schools, hospitals, performing arts centers and museums supported by the generosity of philanthropists. Philanthropy may also support scientific research, scholarships, civil rights endeavors, social services and other things beneficial to society.

The goals of philanthropy and the philanthropic sector are to promote the wellbeing of humankind by solving social problems. We have to ensure that philanthropy remains as noble as the reasons of its establishment and development.