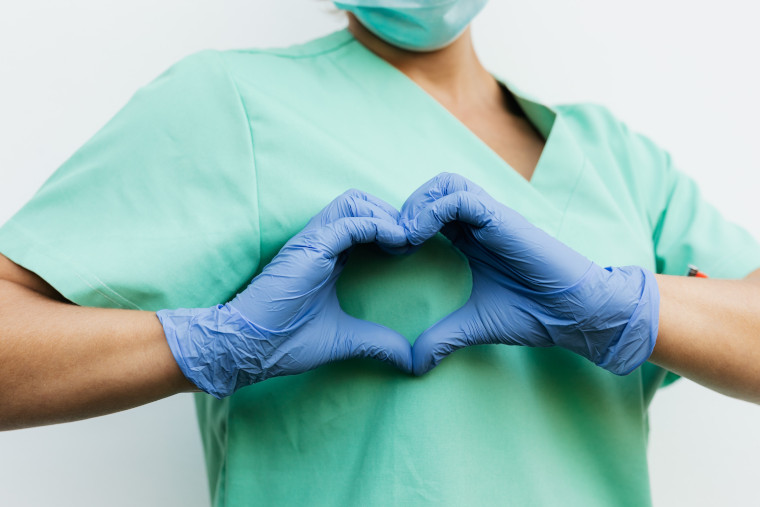 Posted at 15:58h in Insights by Susan LeBlanc
Share

The evolution of cardiac surgery after the Second World War was driven by 2 major objectives: to correct congenital heart defects and to restore the function of heart valves affected by rheumatic heart disease (RHD).  The growing affluence in industrialized countries led to the near disappearance of RHD and to the emergence of degenerative and lifestyle diseases as primary indications for open heart surgery in adult. . Further evolution in these high-income countries (HIC) has witnessed the increasing importance of interventional cardiology.  The situation in the rest of the world, however, has not followed this pattern.

More than 6 billion people live in countries providing insufficient access to cardiac surgery care. Rheumatic Heart Disease and Congenital Heart Disease are the two prevalent groups that still carry a high prevailing mortality. Conversely, even in the low and middle income countries, there is an  increasing numbers of patients needing interventions for lifestyle diseases due to an accelerating social change.

The 2000 Development Millennials goals encompassed development in a broad sense, from increasing economic welfare of the poorest, to health and education, to humanity’s impact on the environment. The MDGs comprised of 8 Goals, measured by 18 Targets. (1) Many of the UN’s development goals were missed, but there were important successes. On many aspects of global living conditions where the world fell short of achieving the target, the world nevertheless made progress: the share of people in hunger fell, the share of children in school increased substantially, more women got access to reproductive health and contraceptives, the maternal mortality nearly halved, and the global child mortality rate more than halved. Although billions of people were moved out of  poverty, the economic success of the low and middle income countries have not translated in better access to cardiac care. (1)

The World Health Organization (WHO) reported that nearly 44% of countries have less than one physician per 1,000 people, emphasizing the global lack of access to health care. The WHO reports, “The African Region suffers more than 24% of the global burden of disease but has access to only 3% of health workers and less than 1% of the world’s financial resources (2-3). ” Timely treatment of cardiovascular diseases is particularly arduous, given the scanty health care, financial, and human resources available. As such, cardiac surgery is not commonly available and many patients have no choice but to live with morbid conditions (4-5).

Accurate data is not always easy to obtain for a multitude of reasons. A new  multi-author effort representing 16 high-, middle-, and low-income countries was undertaken to review the need  for cardiac surgery including rheumatic heart disease, congenital heart disease  and lifestyle acquired cardiac disease.  Actual levels of cardiac surgery were determined in each of these countries using questionnaires, national databases, or annual reports of national societies.

Over 85% of Congenital Heart Disease (CHD)  is from spontaneous developmental abnormality but a few are  caused by genetic alterations, consanguinity,  fetal exposure to drugs and radiation.  Family members with siblings or parents with CHD have an increased risk of 5%  to have a child with CHD . (6) Although the diagnosis and treatment of CHD has made significant progress over the last few decades, this progress has not extended into the developing world (7). About 133 million babies are born worldwide every year, and about 1 million ( about 1 in 100) of those neonates will suffer from CHD. (8-9-10). Seventy percent of those infants in a developing nation will require medical or surgical intervention within their first year of life, and 30% of those children will die without treatment in that first year (8-9).  Despite this high mortality in the first year of life if neonates are untreated,  it  does not reflect the surviving children and adults with CHD in all corners of the world that endure a decreased quality of life as they suffer from the long term complications of CHD such as  bacterial endocarditis, cyanosis, coagulopathy, arrhythmias, congestive heart failure (CHF), and neurological complications (8-9-10). Adults with CHD often have accelerated pulmonary hypertension leading to irreversible pulmonary damage, and death(9-10-11).

Given the birth rate in African countries may vary from 32 to 43 births per 1000 people, and given the significantly lower levels of postnatal diagnosis in lower and middle income countries, one can use the rational that only  the simple lower risk group (70% of surgical indications), such as  atrial septal defects, ventricular septal defect, tetralogy of Fallot, and atrio-ventricular septal defect could have surgery(8-12-13-14).

Therefore, a conservative estimate would be  around 80 operations  to be needed for CHD per million population in these countries. If achieved, it would help a large proportion of children with CHD but still not compare to the over 100 cases per  million in the high income countries(10-11-15-16).

RHVD occurs in 30–45% of patients with rheumatic fever (17-18), and is a preventable disease altogether with rheumatic fever prophylaxis (4). RHVD is most prevalent in youths, particularly in females of childbearing age, and requires surgical intervention early in life when valves are affected.(3-17-18).

Although an increase in education and access to antibiotic treatment has reduced RHVD incidence, as of 2007, an estimated 15 million people still suffer from RHVD worldwide (18), with 1.4 million people dying annually (19). The most recent Global Burden of Disease study has estimated the burden of RHD at 33 million (18-19-20). RHVD has the highest prevalence (15–20 per 1,000 people) in sub-Saharan Africa (10) with crowded populations, low socioeconomic populations, and a high prevalence of streptococcal infections. Due to the limited availability of cardiac surgery in these regions, and the lack of referral in many endemic areas, few hard data are available from which to extrapolate the proportion of patients with RHD who will eventually need/have  surgery. The 2015 share of the worldwide burden of RHD was still 21% for middle income countries such as China (23% of global RHD deaths) compared with the 47% (43% of global RHD deaths) for lower MIC such as India and Pakistan. Together, these 3 MIC composed 70% of worldwide cases (18-21).

Several recent studies have highlighted the need for surgery in symptomatic patients. Sliwa et al. (19) showed that 22% of patients reach this point within 30 months of becoming symptomatic. Okello et al. (20) and Zhang et al. (21) reported on the presentation of newly diagnosed RHD in Uganda. In this cohort, 72% required valvular surgery at presentation. Cannon et al. (17) recently described a very elegant multistate model where of those diagnosed as mild, almost 30% did show progression over 10 years with 11% progressing to severe disease, one-half of these needing surgery. Even more concerning was the fact that 50%  must be assumed to remain silent, undiagnosed until they become inoperable.

Much of RHVD morbidity and mortality can be prevented by existing therapies. These include surgical intervention, the lifelong use of penicillin for prophylaxis, use and monitoring of oral anticoagulation therapy to prevent thromboembolic complications, and contraception for female patients of childbearing age (4-17). Patients in low income countries lack access and adherence to many of these treatments. Many patients do not use prophylactic medication and only half  of patients in low income countries are prescribed oral anticoagulation therapy. There is little monitoring of international normalized ratio (INR) levels to test its effectiveness because lack of laboratory, mainly inexistent in the country area which means most  patients do not  have INR levels in the therapeutic range (19). In addition, little to no reproductive counseling exists for women in developing countries (4-19).

Although difficult to accurately assessed, one may conservatively estimate the need for cardiac surgery in low income countries to be 200 to 300per million in the endemic regions of South Asia and Sub-Saharan Africa.

Therefore, with poor medical care and few surgical centers, RHVD remains high and increase in GDP in most of these countries, even modest , has not helped prevent this cardiac illness.

Acquired  cardiac disease has exponentially increased in the last 25 years with the  tremendous changes in our life-style. Despite the move of billions of people from poor to low and middle income families, we have created a surge in the acquired cardiac disease.

At the end of 2017, China had 723 cardiac centers serving 1.9 million population per center, which are  performing 219,000 open heart operations (158 per million population). If equally distributed, each center would have performed 303 cases per year compared with 1,100 per center per year in Germany. But in fact, 404 of the 723 hospitals (53%) performed <100 operations per year and 525 hospitals (79%) less than 300. As such, 75% of all patients are largely operated in the 21% urban hospitals performing  less than 300 cases per year. It also means that the 42% of the population living in rural areas get only 25% of all cardiac operations often in units performing less than 100 operations per year. Similar to China, most of the centers performing open heart surgery in India are located in the major cities and patients often have to travel long distances for treatment.(23)

A 74% versus 57% rate of urbanization and a 50% versus 9% CABG rate in Russia and China, respectively, suggest that in relative terms, the 3 times lower per capita delivery of heart surgery in China (154 per million population) compared with Russia (481 per million population) is not reflecting the full picture. The overall Chinese need for cardiac surgery can still be expected to be lower than that of Russia because of differences in life style.

Whereas on the surface, Russia’s 50% CABG rate and 481 per million operations match Singapore’s 52% CABG rate and 446 operations/million, Russia largely represents an advanced socioeconomic  society with a high degree of degenerative and lifestyle diseases with limited access to cardiac surgery, while Singapore, still an advanced socioeconomic society,  represents a younger population less affected by degenerative diseases with full access to cardiac surgery. (22-23)

At the end of the spectrum stand high income country  such as Germany and USA with 51% CABG and 1,257 operations per million, reflecting the patient needs of an aging, affluent, 76% urbanized population with full access to cardiac surgery.