Memory and the Brain

Home > Insights  > Memory and the Brain 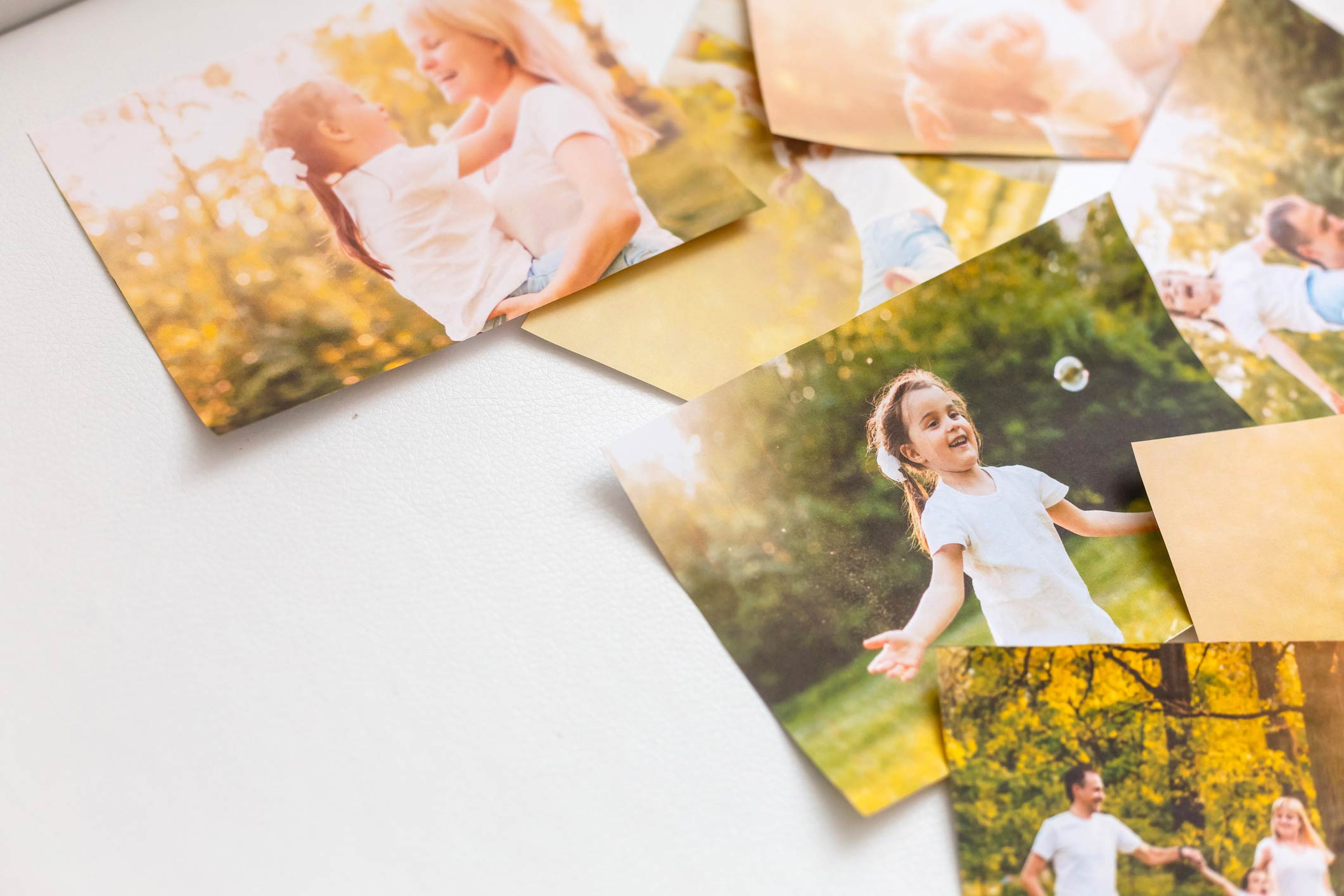 15 Jan Memory and the Brain

Posted at 09:31h in Insights, Retirement by Jacques LeBlanc
Share

The human brain is perhaps the most complex living structure known in the universe. Although it has the same general structure as the brains of other mammals,  it is over three times as large as the brain of a typical mammal with an equivalent body size, and much more complex.

Almost 80% of the brain consists of water (mainly in the cytoplasm of its cells), with a further 10-12% being fatty lipids and 8% protein. Although it accounts for just 2% of  an adult body weight, it uses fully 20-25% of the body’s oxygen supply, nutrients, and glucose (as fuel), all of which are supplied by constant blood flow.

It is a hugely complex organ, with an estimated 100 billion neurons passing signals to each other via as many as 1,000 trillion synaptic connections. It continuously receives and analyzes sensory information, responding by controlling all bodily actions and functions. It is also the center of higher-order thinking, learning and memory, and gives us the power to think, plan, speak, imagine, dream, reason and experience emotions. Memory is our ability to encode, store, retain and subsequently recall information and past experiences, that may  affect or influence current behavior.

Memory traces,  are the physical neural changes associated with memory storage. The big question of how information and mental experiences are coded and represented in the brain remains unanswered. However, scientists have gained much knowledge about neuronal codes from studies on neuroplasticity, the brain’s capacity to change its neural connections. Most of this research has been focused on simple learning and does not clearly describe changes involved in more complex examples of memory.

Memory is not perfect. Storing a memory and retrieving it later involves both biological and psychological processes, and the relationship between the two is not fully understood. Memories are affected by how a person internalizes events through perceptions, interpretations, and emotions. This can cause a divergence between what is internalized as a memory and what actually happened in reality; it can also cause events to encode incorrectly, or not at all.

Memory is the total sum of what we remember, and gives us the capability to learn and adapt from previous experiences as well as to build relationships. It is the ability to remember past experiences, and the power or process of recalling to mind previously learned facts, experiences, impressions, skills and habits. It is the store of things learned and retained from our activity or experience, as evidenced by modification of structure or behavior, or by recall and recognition.

Memory is  distinct from learning, which is the process by which we acquire knowledge of the world and modify our subsequent behavior. During learning, neurons  that fire together to produce a particular experience are altered so that they have a tendency to fire together again. For example, we learn a new language by studying it, but we then speak it by using our memory to retrieve the words that we have learned. Thus, memory depends on learning because it lets us store and retrieve learned information. But learning also depends to some extent on memory, in that the knowledge stored in our memory provides the framework to which new knowledge is linked by association and inference. This ability of humans to call on past memories in order to imagine the future and to plan future courses of action is a hugely advantageous attribute in our survival and development as a species.

There are several types of memory: sensory, short-term, long-term. They have different roles. Our sensory memory, located in the  temporal and occipital lobes are associated with sensation. Sensory memory is the briefest form of memory, with no storage capability. Instead, it is a temporary “holding cell” for sensory information, capable of holding information for seconds at most before either passing it to short-term memory or letting it disappear. Short-term memory is supported by brief patterns of neural communication that are dependent on regions of the prefrontal cortex, frontal lobe, and parietal lobe. The hippocampus is essential for the consolidation of information from short-term to long-term memory; however,  the hippocampus receives input from different parts of the cortex and sends output to various areas of the brain. The hippocampus  is believed to be important for spatial and declarative (i.e., fact-based) memory as well.  Long-term memory is maintained by stable and permanent changes in neural connections spread throughout the brain. The processes of consolidating and storing long-term memories have been particularly associated with the prefrontal cortex, cerebrum, frontal lobe, and medial temporal lobe. Longer term memory decline somewhat over time.

Other types of brain functions that decrease slightly or slow down include:  information processing and learning something new, doing more than one task at a time and shifting focus between tasks. If you or a loved one is having memory problems that are more bothersome than you would normally expect, don’t assume that Alzheimer’s or another form of dementia is the culprit. Glitches in memory can be caused by many physical and psychological conditions that are reversible. Identify and treat the condition, and your memory will improve! For example, the following common conditions can lead to memory problems:  anxiety, dehydration. Depression. Infections, medication side effects, poor nutrition, psychological stress, substance abuse, thyroid imbalance.

Although new neurons develop throughout our lives, our brains reach their maximum size during our early twenties and then begin very slowly to decline in volume. Blood flow to the brain also decreases over time. The good news is that many studies have shown that the brain remains capable of regrowth and of learning and retaining new facts and skills throughout life, especially for people who get regular exercise and frequent intellectual stimulation. Although there are tremendous differences among individuals, some cognitive abilities continue to improve well into older age, some are constant, and some decline. This process is called neuroplasticity.

Here is another good news about our aging brains and our memory. Not all  is lost as we are aging. Scientists have identified ways to minimize age-related changes and improve everyday memory function. Here are some of their tips: socializing and participating in social and community activities improves mood and memory function. Keep moving through physical activities and exercise, such as brisk walking, help boost and maintain brain function.  We can train our brain by using mnemonic strategies to remember names  and improve learning and memory. (Mnemonics are tricks and techniques for remembering information that is difficult to recall: An example is the mnemonic “Richard of York Gave Battle in Vain” to remember the first letters of the colors of the rainbow in order of their wave lengths: red, orange, yellow, green, blue, indigo, and violet.) Although the normal process of ageing is accompanied by memory decline, don’t assume that little memory lapses mean you have dementia. Studies have shown that having positive beliefs about aging can improve memory performance in older adults. It’s difficult to gain knowledge if you can’t see or hear well, then you need to have your eyes and hearing tested.  It is well known that distractions divert attention and distractions can range from trying to do several things at once to loud noises in the background.

‘The Golden Years’ are being redefined. People in the second half of their life are now the fastest growing segment of the population. Mental acuity and vitality are becoming a lifelong pursuit. Contrary to the long-held belief that our brain power inevitably declines as we age, there are actually positive changes taking place in our mindset as evidence is building up that the mind continues to grow and flourish well into the second half of life, ie the concept of neuroplasticity. Simply, the brain has the capacity to ‘remodel’ itself through certain activated genes as we age, allowing our personalities to grow and change. The brain can ‘recruit’ areas of itself underused in earlier years to compensate for the effects of aging in other parts of the brain; it is in the latter stages of life, ages 60-80, that the brain’s information processing center achieves its greatest density and reach. Definitely, ageing is not all negative and denying or trivializing the positive potential of aging prevents people from realizing the full spectrum of their talents, intelligence and emotions, and we should thank the complexity of our brain to allow us such a continuous development and learning throughout our life.