Creativity in Surgery: Connecting with the Soul

Home > Insights  > Creativity in Surgery: Connecting with the Soul 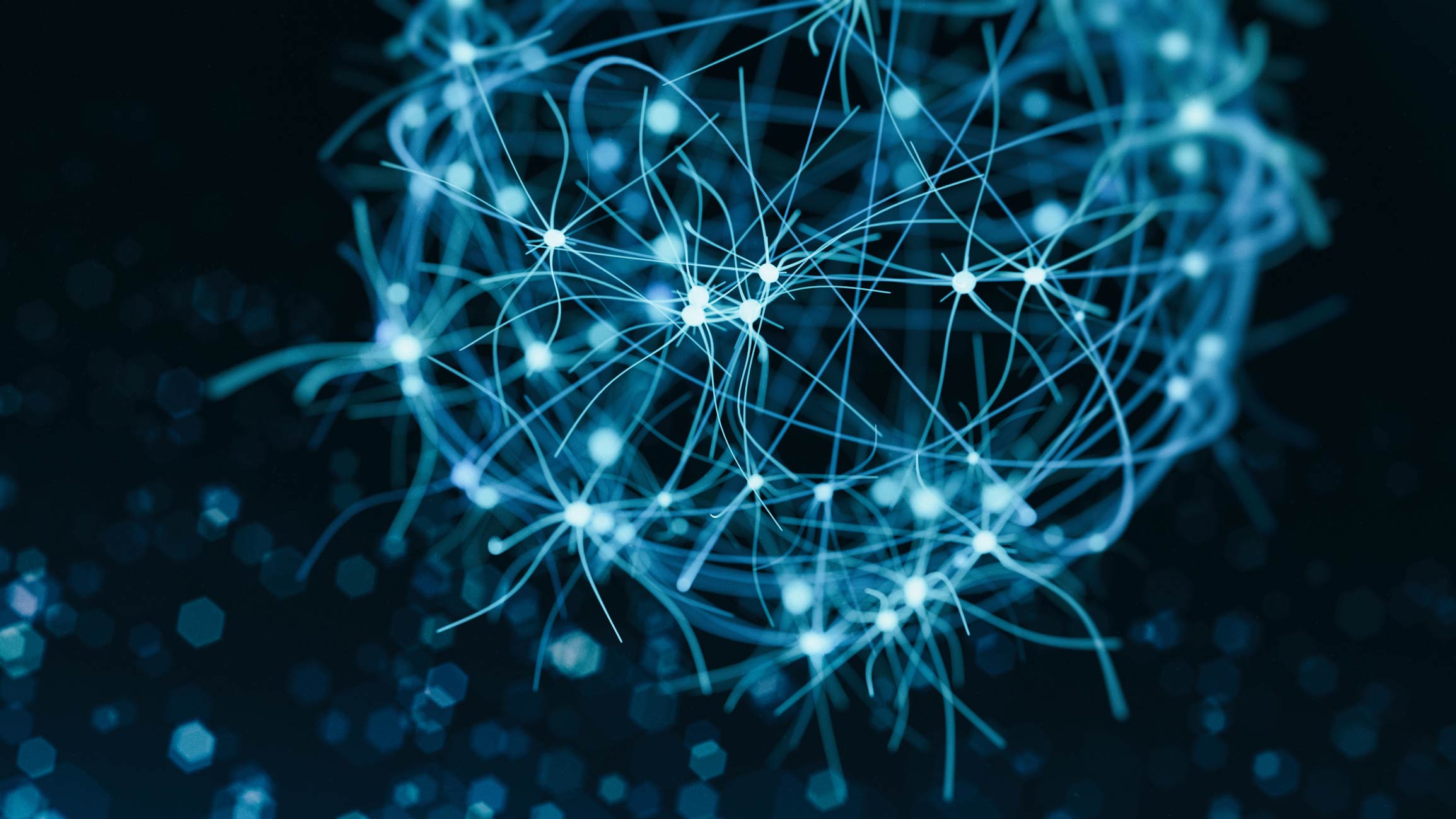 01 Oct Creativity in Surgery: Connecting with the Soul

Posted at 09:12h in Insights by Jacques LeBlanc
Share

Creativity is expressed in many ways, not only in art, but in all aspects of life, even including making a special loaf of bread. But it is inherently present in medicine, and surgery. We, in the healthcare world, call it innovation, and invention. The main difference between creativity, innovation and invention is the focus.

Creativity is about unleashing the potential of the mind to conceive new ideas.  Innovation, on the other hand, is completely measurable. Innovation is about introducing change into relatively stable systems. Creativity is not necessarily as easily measurable. Invention, on the other hand,  is the process of turning a new concept into commercial success or widespread use. Invention as innovation and creativity  are the creation of a new idea or concept. All three represent the act of turning new and imaginative ideas into reality.

Suttle difference, but nonetheless each has a slight difference aspect, which does translate with interaction with the soul.

Having said that, I did not invent, I innovated and created. My soul allowed for my creativity to express itself, and most of my surgical creativity ended up being interpreted as innovation. My soul connected my creativity to my brain, which connected to my hands in the physical world.

Here is a little  4 months old Down Syndrome baby girl. She was found to have a cardiac defect like about 40% of babies with Down Syndrome. She was in heart failure , not growing well. Her heart defect was called  “Atrioventricularis Defect”, long name to say that the center if the heart is not formed properly, leaving a hole between the lower chamber and also a hole between the upper chamber, so altogether a large hole. The next problem is that the two valves inside the heart, are malformed in only one floppy valve. It is a very well known defect anatomically.

Interestingly enough, when I was in training in Toronto, it was very difficult for me to understand the anatomy of the defect and the type of repair that the surgeons were doing. Also from the left side of the table, I had great difficulty to imagine this defect in three dimension. So I was not comfortable with the repair when I started my practice. When I arrived in Vancouver, one day my senior colleague asks me to help him and showed me how he did repair this defect. He used a different technique. To help me figure out his approach, I came to see the repair standing beside him and suddenly, the light went on. I started to understand. Rapidly over the next few years, this defect became my most preferred one to repair, as I understood it thoroughly. I had gone to my friend pathologist at BCCH, and he had shown me some specimens.  So I had work the magic of my 3D brain imagination. I understood the anatomical defect and visualized it. I got very comfortable at doing this surgical repair, and at the same time, technology was evolving, and Down Syndrome babies that were operated on around 9 months of age were now operated at 3 months of age, before developing severe heart failure.

So this little girl was 3 ½ months weighting 4kg, when she came to surgery. My initial repair was done carefully with all my 3D understanding of the anatomical intricacies. She initially did well from surgery. Unfortunately, on day 4 post surgery, the left-sided valve, the mitral valve, started to leak what we evaluated the severity at 3 out 4.  We maximized the medication and the ventilation hoping to improve upon the leak but it remained severe. We concluded that a stich must have torn away because the repair was intact for 4 days after surgery. After two weeks of maximizing medical treatment, the team discussed the option of taking her back to surgery and try to re-repair the leak. I mapped out in my brain my previous operation, my stitching and where I thought the problem could be. I re-opened the heart after it was nicely cold and arrested. I carefully examined my repair, which I had to undo part of it to get to the left valve. Effectively, a few tiny stitches had torn away. Sewing this flimsy tissue takes magical fingers, moving gently, softly but with confidence. I used tiny stitches again secured with tiny piece of felt to add support and used all my knowledge through my hands to repair the valve. It appeared to work before I closed the heart. As soon as we took the baby back to ICU,  the cardiologist examined the valve function with an echocardiogram. Unfortunately, the valve was still leaking but 2 out of 4 as opposed to 4 out of 4. We felt it was an improvement and with maximum medication, she would pull through.

The team was able to wean her off the ventilator but her breathing effort got labored rapidly over 2 days and she needed to be placed back on the ventilator. The valve was still leaking 3 out of 4. The team decided to feed her with a high calorie diet through the veins, and get her to grow with the help of the ventilation, the medication and the high calorie food. The team had agreed that I could not got back a third time as the chance of success at repair was extremely low and we had never replace a valve on such a small baby. Technically, we did not have a valve small enough for this tiny heart. I talked with my sale representative of a mechanical valve company as I knew they had the smallest one on the market. He got me a #17 mechanical valve, which is 17mm in diameter. Then I researched the literature if a valve replacement had been done on such a small baby and I could not find anything. In my mind, I designed the possibility the insert the 17 mm in diameter mechanical valve in a 12mm space, using my 3D understanding of the anatomy and using my creativity through innovation to prepare my approach. The team took exceptional care of this little girl with feeding, medication and ventilation. They were able to get her weight up to 5kg, at which point I convince the team I could replace the valve. For the third time, I reopened the little chest, connected the heart to the heart-lung machine, stopped the heart again. I was ready. Using my magic and gentle fingers, I used the existing valve tissue to anchor half of my stiches and the wall of the heart above the valve for the other half and vey carefully without stretching the hear, I sat the valve obliquely in the space. It was a bit tight, but the valve opened and closed nicely. I closed everything, the heart started without problem and took over the circulation. After careful closure of the tiny sternum, which was certainly weakened by the 3 surgeries, the baby returned to ICU in stable condition. The team was very happy and S.P. proceeded to get better quickly, be off the ventilator and started to eat. She was sent home after three weeks and the cardiologist followed her every 2 weeks for 2 months. She grew well, and started to walk at 16 months.

I was delighted of my innovative technique, which I used again , on older child, in the upcoming years. I think this my creativity, my soul desire to heal express through my innovative mind and my fingers. In fact, this little girl came back at 5 years of age, as the valve was too small for a grown-up 5 year old, and I replaced the 17mm valve with a 21mm valve, using the same previous technique. She did well. She came back at 13 years of age, when again the valve was too small for her and I replaced again with a 27mm. Although a 27mm is on the small side for an adult, it will do her very well as Down Syndrome patient have small stature. She was still well 10 years ago when I retired.

This little girl and this case are an example of my creativity expressing itself through innovative surgical techniques and skills. The next example is not about cardiac surgery, but still using my anatomical knowledge and my innovative mind toward helping as I designed a new surgical approach for him. A collegue  orthopedic surgeon specialyzed in back scoliosis surgery was discussing a new case on whom the scoliosis involved the upper thorax and neck. To repair a scoliosis, there is a technique where one needs to remove the disc between 2 vertebrae in order to be able to straighten the spine and fix it with a rod. To maintain the correction.  At the time, he did not know how to access the neck vertebrae C4-5-6-7 from the front, as he had done only the upper neck. I told him that I could help him. I looked at my anatomy book to refresh my memory of the anatomical structures, the nerves and vessels. I imagine in my head the approach I should take, where were the anatomical planes that I could separate so we could get access to the front of the neck spine. I also thought about an innovative extension of the incision to get further down to C7, which is really hard to reach because it is behind the aorta.

After discussion and detailing the operation to my colleague, he agreed to my proposition. The first case was a 12 year old child with a severe scoliosis affecting his thoracic spine and neck. He needed metal rod instrumentation of his thoracic spine and lower neck. As planned in my notes and head, I made an incision on the right side of his neck from the ear lobe down to the upper part of the sternum. I carefully spread all the tissue, vessels and nerves in the anatomical planes. It gives access to the cervical spine from C 3 to 6 and to reach below 6, I opened the upper aspect of the pericardium, the sac of the heart, and mobilize the aorta away, so my colleague could reach the area he needed. When he finished removing the number of discs he needed for his rod instrumentation, I put all the anatomical planes together and closed the incision.  My orthopedic colleague went on with turning the patient on his back and placing his rod instrumentation to reduce the scoliosis. He obtained a great result and the patient did very well. We went on doing several more patients with excellent success, until several years later, new technology as thoracoscopy came along and provided great result without the need for such a surgical incision and dissection.

These are different examples of how in the surgical field, one can use creativity, innovation and invention to move the field of surgery forward. I believe the soul is in everybody’s life but in some people, it is more present, more expressive. But the soul cannot be measure, it does not have human characteristic. It is the essence of oneself and life force. So all the surgeons, to talk specifically about my peers,  have a life force that may be expressed in their creativity, innovation and invention, in a unique way but it is not to say that the soul is not a life force in everybody, it is just expressed differently. Some people are even not aware of their soul. And in reality, we do not talk to our soul every day, or not often. We cannot touch our soul, but we do have awareness moments where we feel amazed in front of an image, a piece of art, a flower, a scenery, a building and so on. At that moment, we are connecting with our soul, through our creativity, but it is momentarily and not very consciously.