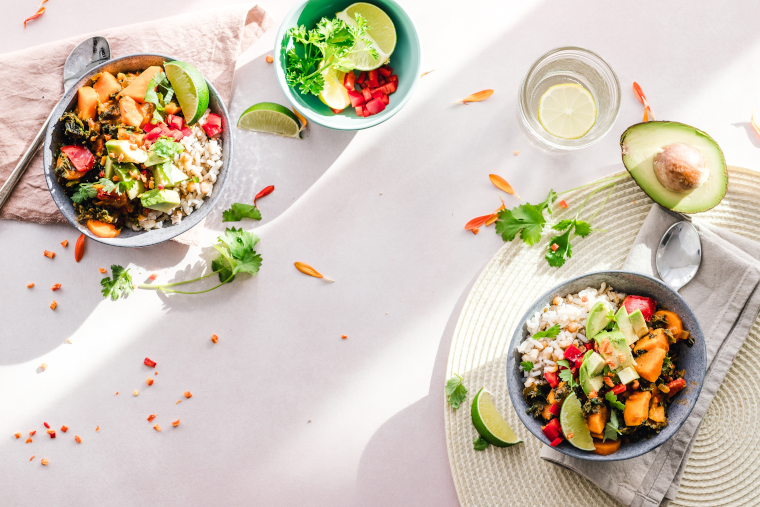 Posted at 15:41h in Insights, Wellness by Jacques LeBlanc
Share

Most people believe that human health is regulated entirely by human genes. But a growing body of research has shown that gene products from non-human organisms, namely the billions of bacteria viruses and other microbes that live on and inside us, may also influence our health. Collectively, they are known as the human microbiota. The gastrointestinal tract is sterile at birth; intestinal microflora develops after birth, with the colonization rate varying according to factors such as the mode of birth, infant nutrition, antibiotic use, diet and age. The human gut has the following functions: (a) it breaks food down to nutrients, (b) it facilitates absorption of nutrients into the blood through intestinal walls, and (c) it prevents foreign and toxic molecules from entering the bloodstream. Gut malfunction, therefore, has a direct negative impact on human health and linked to conditions ranging from diabetes, irritable bowel syndrome, obesity and high cholesterol. Diseases disrupt microbial communities by changing temperature, acidity and flora concentration. The human gut is populated by a wide array of bacterial species, the latter bearing important metabolic and immune functions, There is a complex interactions between microbes and their hosts and that be used and modified to improve health.

The microbiome is critical to nutrition, digestion and immunity. Development of food habits is a complex process that may be influenced by such factors as region, religion, family structure and habits, income, prices, stress levels and technological advancements. Several epidemiologic studies over the last 50 years have clearly shown that diets dominated by fruits, vegetables and dietary fibers (plant based foods) prevent and reduce the risk of chronic diseases (e.g. cardiovascular diseases, obesity, diabetes) and promote human health. The plant bioactive compounds have anti-oxidant and other healthy properties. Plants have other compounds important to our health, and more so to our digestive health. The concept of prebiotics, probiotics, and synbiotics and their use in different situations of daily clinical practice related to clinical nutrition have an important role in the treatment/prevention of many diseases such as diarrhea (acute, induced by antibiotics, secondary to radiotherapy), inflammatory bowel disease, in colonic health, in liver disease, and in intensive care, surgical, and liver transplantation.

Though the most common place linked to beneficial microbes is the gut (mostly large intestines), there are  several locations that host good microbes. These locations are in contact with the “outside world” and include the gut, mouth, vagina, urinary tract, skin and lungs. The main job of probiotics, or good bacteria, is to maintain a healthy balance in the body.  When we are sick, bad bacteria enters the body and increases in number, affecting  the immune system of the  body.  Good bacteria works to fight off the bad bacteria and restore the balance within the body,  by supporting the immune function and controlling inflammation. Certain types of good bacteria can also help the body digest food, keep bad bacteria from getting out of control and  creating illness,  create vitamins, help maintain the integrity of the cells  lining  the gut,  breakdown and absorb medications.

Prebiotics are specialized plant fiber that acts as food for the good bacteria. They are non-digestible carbohydrates that beneficially affect the host’s health by selectively stimulating the growth and/or activity of some groups of microorganisms in the colon.  They have health benefits like reducing  inflammation and other symptoms associated with intestinal bowel disorder and protective effects to prevent colon cancer. They are also implicated in enhancing the bioavailability and uptake of minerals, lowering of some risk factors of cardiovascular disease, and promoting satiety and stabilizing the blood sugar absorption, and controlling weight loss thus preventing obesity . New studies are looking into whether prebiotics can help manage gut diseases like irritable bowell syndrome because it keeps the cells of the gut heathy.

Compounds that can be classified as prebiotics are non-digestible and resistant to breakdown by stomach acid and enzymes of the gastrointestinal tract,  fermented by intestinal microorganisms, and  stimulating the growth and activity of beneficial bacteria.  Plant-derived carbohydrate compounds called oligosaccharides are the main source of prebiotics that have been identified, and can be found in many fruits, vegetables, and whole grains,  as well as some products that have been fortified with such  baby formula, bread, cereal, yogurt. Other dietary fibers also fit the definition of prebiotics, such as resistant starch, pectin and oligosaccharides. Most prebiotic research has focused on the effects that prebiotics have on Lactobacillus, one of the main group of gut bacteria.

Probiotics are a combination of live beneficial microorganisms such as  bacteria and/or yeasts that naturally live in the gut and help digestion. Bacterial spore formers, mostly of the Bacillus group, dominate the scene as these products are added to foods, Bacteria are usually viewed in a negative light, however, there are two kinds of bacteria constantly in and on the body — good bacteria and bad bacteria. Probiotics are made up of good bacteria such as Lactobacillus, that helps keep the body healthy and working well. These good bacteria help in many ways, including fighting off the bad bacteria when there are too many of it.

Probiotics are part of a larger picture concerning bacteria and the body — the  microbiome. Think of a microbiome as a diverse community of organisms,  that work together to keep the body healthy. This community is made up of  microbes, trillions of  them.  These microbes are a combination of bacteria, fungi, viruses and protozoa.  Everyone’s microbiome is unique. No two people have the same microbial cells. For a microbe to be called a probiotic, it must have several characteristics such as  be isolated from a human, survive in the intestine after ingestion,  have a proven benefit and be safely consumed.

There is currently a large amount of research happening around the idea of what probiotics can do for your body. Even though there are a lot of possibly positive outcomes, researchers are still working to find definitive answers about how probiotics can help with various conditions. However, there are some medical conditions where probiotics may help  such as diarrhea, constipation, inflammatory or irritable  bowel disease,  urinary tract infection and eczema, to name a few.

Apart from fermented food, one can add probiotics through dietary supplements. Probiotics are also made up of good yeast. The most common type of yeast found in probiotics is Saccharomyces. These aren’t drugs, so they do not need to be approved by the Federal Drug Administration (FDA).  They come in a variety of forms and need to be reviewed carefully before incorporating them in one’s diet.

Probiotics and prebiotics share unique roles in human nutrition, largely centered on manipulation of populations or activities of the microbiota that colonize the human GI tract. Regular consumption of probiotics or prebiotics has health implications that include enhanced immune function, improved colonic integrity, decreased incidence and duration of intestinal infections, down-regulated allergic response, and improved digestion and elimination.

The word “synbiotics” alludes to synergism. A synbiotic product beneficially affects the host in improving the survival and implantation of live microbial dietary supplements in the gastrointestinal tract by selectively stimulating the growth and/or activating the metabolism of one or a limited number of health-promoting bacteria, whereby the synbiotics  amplify the action of the prebiotics and the probiotics. It appears that the rationale to use synbiotics, is based on observations showing the improvement of survival of the probiotic bacteria during the passage through the upper intestinal tract. A more efficient implantation in the colon as well as a stimulating effect of the growth of probiotics and ubiquitous bacteria contribute to maintain the intestinal homeostasis and a healthy body. Several factors like pH, H2O2, organic acids, oxygen, moisture stress etc. have been claimed to affect the viability of prebiotics, probiotics and synbiotics especially in dairy products like yogurts. The health benefits claimed by synbiotics consumption by humans include:

Polyunsaturated fatty acids (PUFAs) (which include the omega-3 and omega-6 fatty acids) and phytochemicals also play an important role as healthy dietary bioactive compounds. A balanced PUFA composition of food influences diverse aspects of immunity and metabolism. Moreover, interactions between PUFAs and components of the gut microbiota may also influence their biological roles. Phytochemicals (bioactive non-nutrient plant compounds), have raised interest in human nutrition because of their potential effects as antioxidants, antiestrogenics, anti-inflammatory, immunomodulatory, and anticarcinogenics. Gut microbiota can, for example, transform and influence the bioavailability and effects of polyphenols. Phytochemicals and their metabolic products may also inhibit pathogenic bacteria while stimulate the growth of beneficial bacteria, exerting prebiotic-like effects. Interactions between functional food components, such as prebiotics, probiotics, phytochemicals, and intestinal microbiota, have consequences on human health.