Aging Is Not A Disease But A Harvest To Reap 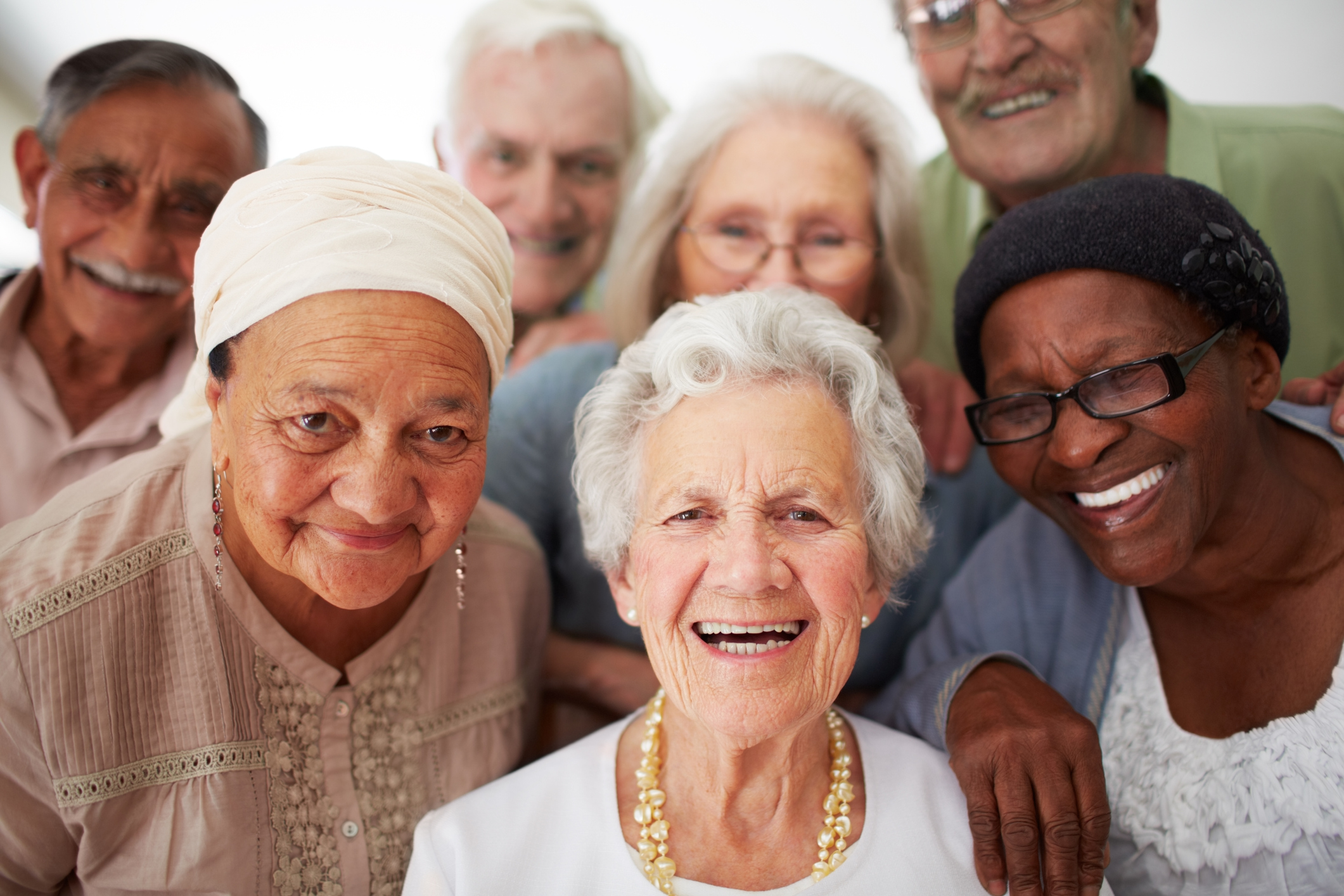 Posted at 15:36h in Retirement, Wellness by Jacques LeBlanc
Share

‘The Golden Years’ are being redefined. People in the second half of life are now the fastest growing segment of the population–and they are no longer content to simply accept the ‘losses’ of age. Mental acuity and vitality are becoming a lifelong pursuit. Contrary to the long-held belief that our brain power inevitably declines as we age, there are actually positive changes taking place in our mindset as evidence is building up that the mind continues to grow and flourish well into the second half of life. Simply, the brain has the capacity to ‘remodel’ itself through certain activated genes as we age, allowing our personalities to grow and change. The brain can ‘recruit’ areas of itself underused in earlier years to compensate for the effects of aging in other parts of the brain; it is in the latter stages of life, ages 60-80, that the brain’s information processing center achieves its greatest density and reach. Definitely, ageing is not all negative and denying or trivializing the positive potential of aging prevents people from realizing the full spectrum of their talents, intelligence and emotions.

It is with interest and no little amount of concern that I recently read in the special Time edition, The Science of Living Longer (October, 2019), that the latest anti-aging scientists are “upending the way we think about getting older. No longer is it being treated as a dreadful inevitability, but instead as a puzzle that can be solved – as a disease with a cure”. Articles in the journal go on to discuss the marvels of new science and technology that could pluck our aging cells like grey hairs and reverse not just the effects of aging, but aging itself. The concept of no longer treating aging as ‘dreadful’ is commendable; however, the idea that aging is a disease to be cured ‘medicalizes’ a process that much like childbirth, is natural to our human experience/existence.

With aging there are many age-related diseases affecting almost all organ systems in the human body. Diseases may be looked at as cases of organ system failure, acutely or chronically, but aging is not a failure of an organ system, rather it is a process that increases the intensity of organ failures with age. Does this make aging itself a disease? A new generation of doctors and researchers in Gerontology come with the belief that aging is a disease. In June 2018, the World Health Organization (WHO) released the 11th edition of its International Classification of Diseases. It contained an important addition: Code MG2A: R54, Old age. Officially this means aging is now recognized as a disease and this initiative will make it possible to increase funding for the development of new efficient drugs against aging.

New treatments, including lifestyle changes have been developed that are helping people to live longer today than ever before. These efforts are aimed at the disease related problems experienced by people and not the process of aging itself. Treating the underlying processes of age related diseases, and repairing the damage, is the basis for the medical approach known as Rejuvenation Biotechnology, a multidisciplinary field that aims to prevent and treat age-related diseases by targeting the aging processes directly. Targeting basic processes of biological aging and inventing new interventions to delay the onset or progression of aging is currently well funded by private research companies. Rejuvenation Biotechnology presents a whole new field for income potential that aims directly at the fear people have of becoming old and suffering. The fight against aging is already a global market worth billions. Vitamins, supplements, alternative therapies, cosmetics etc. are all part of the commodity we call, ‘the fight against aging’.

Many people are resistant to the idea of extending their years because they have a strong fear of becoming frail, sick and of no value. I wonder, would these fears lessen if extending life technology allows one to attain some renewed youth? Perhaps our later years could be free of disease and offer a greater quality of life. Of course, no one is offering immortality, yet. Despite these youth extending developments, conversations around aging still view aging as a problem to be solved. The solutions are all an effort to avoid the ‘international crisis’ that global aging presents. Today, Japan is the only country in the world where those aged 60 and over represents 30% or more of the population. However, by 2050, 62 countries – including China – will reach that milestone. The conversation needs to shift from how to avoid an aging crisis to how to take advantage of the opportunities we have in aging so that we as individuals, organizations and nations can thrive. A key part of the current retirement model that most of us have grown up with is freedom from work. Today, a key part of extended middle age is the freedom to work. More and more, people want to keep working past traditional retirement age because they want to continue to contribute to society and find meaning in their own lives – and work does that for them. Finding meaning in one’s life is a significant aspect of aging. By extending youth do we enhance the opportunities for personal growth in aging or simply delay the fear people have of becoming old and of little value?

Ironically, aging in our early years is known as growth and development, essential steps for becoming an adult. Now that considerable literature supports the ongoing nature and importance of growth and development well into our 90’s, it begs the question: at what point in the lifespan does aging then become a disease? Carl Jung’s words about the stages of life are: “For the aging person, it is a duty and a necessity to devote serious attention to himself. As we age our power of creativity can help us ‘explore and bring to life’ to our unused potential, remain connected to and engaged in our communities, and live with a sense of purpose and meaning that validates our existence.” There’s a growing body of research about ’positive aging’, ‘successful aging’, ‘mindful sustainable aging’. If we have a deeper understanding of ourselves during what is called the second half of our life, we can be free to use all our wisdom and explore family, personal, social and community roles. We can also get in touch with parts of ourselves that we ignored or put aside for a variety of reasons.

Wisdom, resilience, and a well-rounded, mature perspective on life are often credited as the hard-earned rewards of aging, and growing old itself is an accomplishment not everyone is able to achieve. Looking and feeling good past the age of fifty requires a fine-tuned combination of aging gracefully and defying the very laws of nature.
In research at the University of Toronto, Dr. Lynn Hasher found that an aging brain resembles the creative brain in that it is more uninhibited, more distracted, less inclined to please or meet expectations, but more open to creative, engaging and novel opportunities. Many aging people may still feel limited and constrained but the possibilities are there to explore.
Considerable work on the concept of aging comes from Lars Tornstam, Ph.D—a Swedish gerontologist who wrote the book: “Gerotranscendence: A Developmental Theory of Positive Aging.” Dr. Tornstam explains the origin of the word; Gero for the gerontology medical field and transcendence as crossing barriers in personal, time, relationship, or life. Gerotranscendence is very much the theory of “a harvest to reap”. The individual experiences a self-inquiry and re-definition of his or her own life as a natural progression and expression of maturity and wisdom, including the potential to mature into a new outlook and understanding of life. There is also a body of evidence that by measurements of physical health, mental health and social functioning, there is greater “health” in people involved in re-inventing themselves and in creative activities.

Is aging natural or pathological? While the dictionary definition describes aging as both natural and pathological, the argument may be largely semantic. What Rejuvenation Biotechnology and other new anti-aging treatments seek to achieve is nothing more than preventing age-related diseases that are considered a natural process. Perhaps the more important focus should be the need to honor and respect the aging process and what it offers to one’s ability to express one’s mature identity. Perhaps a re-invented self through creative expression, in whatever form one might choose, can and will bring personal transformation. This metamorphosis can bring a sense of well-being that enriches the quality of life and encourages a sense of true wellness. This stage is a harvest to be reaped not feared.